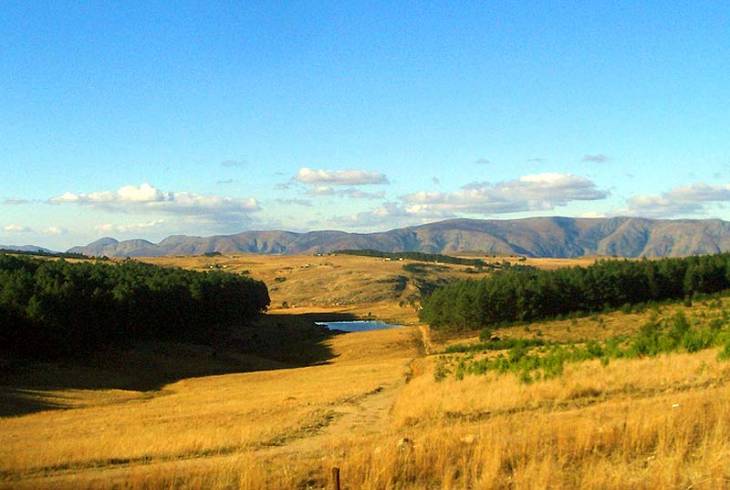 In August this year, Zodwa Mathonsi will be turning 15 years old. On her birthday there will be no party, nice food or new clothes. She will walk to her local clinic on that day to collect her ART medication. This child was unfortunate that her mother died when she was 8 years old. She was healthy and HIV negative on the day of her mother’s funeral.

Her father had to return to work in Johannesburg, leaving Zodwa and her two brothers behind. The children were to be looked after by their older Zodwa half-brother.  The children without their mother roamed the community, sleeping everywhere they so wish. Zodwa trailed behind her brothers as they slept in their friend’s homesteads. During the night her brother’s friends will crawl to her sleeping mat and sexually abuse her, sometimes by multiple perpetrators in one night. It did not just rain in Zodwa’s world; it was a constant torrential storm. The circle of her sexual abusers grew to include a neighbour and her stepbrother. When her father came home for a visit from South Africa, her excitement and anticipation turned into a nightmare. Her father put her in his lap, in what seemed like an act of parental affection, in his lap he then starting fondling Zodwa, and inappropriately kissing her.

When her aunt (wife to her uncle) visited Zodwas homestead, she discovered that the children were in distress, she took Zodwa to stay with her since she was the youngest. Like all other children, Zodwa visited neighbours she was soon being subjected to more sexual abuse as she was subjected to sexual abuse by the neighbour and the family head boy.

Her aunt observing her walking in a typical way, and not getting satisfactory answers, she took her to the hospital. At the hospital medical reports revealed that she had advanced multiple transmitted infections she was also tested for HIV and results were positive, she was enrolled on ART immediately. For the first time Zodwa revealed that she had been sexually abused by a number of people her case was reported to the police, suspected perpetrators were summoned by police but the police could not collect enough evidence which could have led to their arrest, they all denied having sexually abused the Zodwa. As if that was not enough, Zodwas father also denied ever sexually harassing his child, which led to Zodwa being disowned by her father. He claimed she lied about the allegations and Zodwa have never received any maintenance from his father.

NATICC  received a referral from compassionate Swaziland a partner working in the Umliba Loya embili project and responded to the case for post abuse care, since the case was old the medical intervention had already been provided, NATICCs intervention was to provide the child and family with post-trauma counselling, refer and accompany the child to National Psychiatric Hospital for psychotherapy services and  Mental health assessments and also by helping her family to build her social support network.

Zodwa is accompanied to the NPC which where she is receiving her psychotherapy services, A health Facility that is, 100 kilometres away from her home, on a day she needs to go to the hospital, she is picked up early in the morning by a NATICC caseworker  Zodwa during her trip to Manzini Zodwa is joined by other sexual abuse survivors who are her peers, the children ride in the back seat of the car. On some trips they do not have a conversation, it is just the initiation pleasantries. On this particular day, Zodwa and the other two survivors hit on a conservation, they were talking and laughing likes children going into some funfair. Soon their conversation drifted to the reason for the trip. They shared their survival stories. In the mid of the conversation, they promised each other that they will never keep quiet about the abuse. “We will share our stories with other children, so that many children can be protected from abuse and that many should seek help”. As they dropped at the hospital car park they hugged each other and Zodwa was heard saying “ yebonine kantsi angingedwa lengehlelwa nguloku” Oh my God I am not the only person to experience this ordeal . Zodwa is active in teen clubs activities at Hlatikulu Baylor clinic, where she is being empowered to cope with her situation and her HIV status. She is drawing strength from sharing stories with other children in similar situation as especially those who got HIV through sexual abuse.

NATICC intervention activities, which are the provision of post abuse care to Zodwa and her relatives is yielding positive outcomes. Her aunt is now fully aware of the situation and she lamented that if she knew what she knows now about this from benefiting from NATICC teaching she could have stopped this abuse sooner, she has been empowered with knowledge on all forms of abuse and supporting strategies as Zodwa journey her life to success. She has also been taken through the CPWA 2012 which she also appreciated.

Since NATICC  is a family strengthening organization Zodwas father have not been left behind, Zodwas parental home has been visited in a bid to do perpetrators counselling, unfortunately, he was not found at home and contacts details were given by family members who were found in the homestead, and the caseworkers left their contact numbers, after two days a call was received from Zodwas father, he indicated that he was more than willing to meet the caseworker  so that he can also be reunited with his daughter, He said he will at home during the Easter holidays and an appointment was agreed upon.

Much as Zodwa is below her expected grade at school, she is determined to finish school and become a police officer, and surprisingly she wants to  work in the department of DCS, when she was propped onto why she wanted to be the police and why particularly the DCS department, her response was in a broad smile of hope in vernacular “licala aliboli”

Currently, Zodwa is actively involved in a teen club at Hlatikulu Baylor Clinic and adhering to her ART therapy, also  NATICC social workers are supporting her to honour her psychotherapy appointments at the Health facility, there is a great improvement in terms of Zodwa expressing herself, she has also been visited at school and teachers at school are impressed with her school work and they made emphasis on the support social workers to Zodwa which they said they have brought sunshine