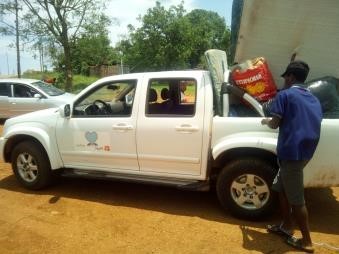 Common logic says that a girl child will be extracted from poverty by marriage sooner than the boy child. When Ntsiki Hlatshwako finally found the one, she was over the moon. Like every girl, she saw her future light with brightness in front for her. If only she has looked at the crystal glass, she could have seen that happiness can be a cruel marriage.

Her, husband was an average man at the bottom of the corporate ladder. He was a truck driver and able to give her the basics of life. A one room rented house, some food and some money at the end of the month, to buy herself what she needed not want she wanted. It was not much; she did not fool herself with stupid fantasies. Her husband did not take long to shed off his sheep camouflage to reveal sinister wolf of a playboy. He paraded in front of her and society a string of girlfriends, making three of them pregnant. When she asked him for an explanation for his behavior, he told her, he needed to have children because she is barren. 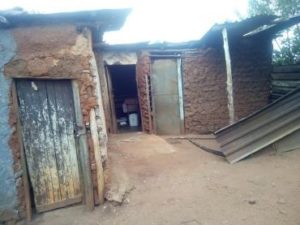 He placed a black cherry on the heap of her troubles, when he had an open affair with a woman in the same compound where they rented a room.  She witnessed them, the love doves kissing in public, at times he will pretend as if he was going to the toilet and would divert to her lover’s house, she tried to reason with him, that his behavior was not good and causing her harm. He replied by physically assaulting her and causing her severely bodily harm.  She reported the assault to the police the police tried to help them reconcile. He made empty promises before the man of law and continued where he ended with his behavior. He eventually started an affair with a lady staying in the next room from the one they were living in. She will hear him giggle and having fun on the adjust room, before he comes to their room and will sometimes have a sleep over in her neighbors’ room and will come in the morning to change clothes.

She eventually went to stay in their rural home, where she looked after her in-laws and managed the home. As time went by, he started not to send money for their upkeep. She drifted deeper to poverty, there was no enough food. She eventually went to work in a textile factory in Nhlangano. She lived in a one room, stick and mud house. Her husband eventually abandoned her totally, and resided in another location with a lady same town he took with him Ntsiki’s belongings. 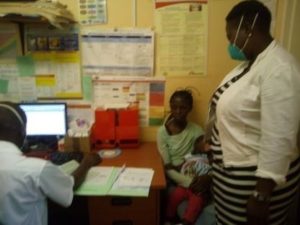 Ntsiki regularly tested for HIV and was negative for all the nine years she was married to her husband. On the ninth year, she eventually fell pregnant. On her first ANC visit, she tested positive for HIV. When she informed her husband of HIV test results, he replied by telling her that he long knew his status but deliberately did not disclose it because he wanted her to have the same HIV status as his. The HIV test results became the straw that broke the camel’s back, she sought help. She went to report the situation to her family. Her family did not show sympathy, they told her to go back and reconcile with her husband and in-laws, hence they were expecting her in-laws to pay dowry and that every woman is expected to stick with her in-laws despite the sufferings, she was supposed to die at her marital home. She could not go and stay with her in-laws in the rural home because of poverty. Ntsiki’s husband took the child and was under the care of her mother, she would visit the child every month, the child’s health was deteriorating as she was malnourished, this was always worrying her as she could not bring the child with her to Nhlangano because she couldn’t afford a helper, her one-roomed house was not fit for human habitation, on rainy days her belongings will be wet and she will spend the night standing till the storm passes by. Ntsikis situation got worse day by day, she was always off sick, and could not adhere to her treatment as at times she would go to bed without food, a neighbour who had received services from NATICC, told her that she could have resolutions to her problems she even accompanied her, it was then that she approached NATICC for help, after being told of NATICC by a neighbour. 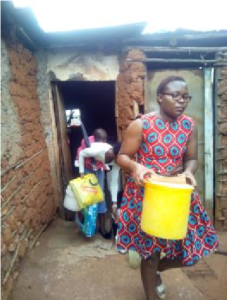 When she came to NATICC she was severely malnourished, sickly and depressed. Her income from the factory has decreased due to her being absent due to her failing health. The initial notes taken by NATICCs caseworker described her in the first session as “erratic, restless, and hopeless”. In compliance with standard procedure, the caseworkers conducted an assessment of the case and it was declared urgent. NATICC assessment included a visit to her residential place. They found a one-room stick and mudroom, with holes in its walls revealing all inside and bringing all the cold it to the house. The caseworker looking at the little baby that lives in the house concluded that this assessment has become a rescue mission. It was clear that her husband has abandoned her and the child and the only safe refuge for them was her parental home.

NATICC went with her to her home, about 80 kilometres in the East North of Nhlangano.

In a NATICC facilitated family meeting, the family agreed to take her back with the child.  NATICC helped her with the relocation, collection of her ART medication and transfer out of her treatment facility and transfer in health facility closer to her home. The family gave her a room outside the main house, the room was properly built, had electricity and basic electrical appliances like a refrigerator.

The family provided her with a seed fund to start her vegetable market in the community and they made an undertaking to assist her and the child with food and other necessities.